Tips for working from home

Diamonds – the reflective birthstone for April

On every trip there are always travel days: those days where you stare moodily out the window of the airport terminal wondering why small children rubbed their faces on it, on airplanes wondering if it would disturb the person in the aisle seat if you voiced the desire to visit the restroom, in cars wondering if vacation will end before or after the traffic jam, and in trains wondering how on earth the engineers got the track to stick to the side of the mountain (and if it will remain for the duration of your ride). Some trips though, have travel days that are far less mundane and enter the realm of truly entertaining.

One cloudy (but not rainy!) Thursday in the middle of rainy season we visited Nokogiriyama, “Sawtooth Mountain,” a picturesque and historic mountain sitting close to the water across the bay from Tokyo and Yokohama in the prefecture of Chiba. Even that close to Tokyo, it’s a little off the beaten track, making it a perfect spot for a day hike and a little exploring.

We left bright and early in the morning. I had the day all planned out: we would visit Nokogiriyama, eat lunch at Kanaya-hama (the harbor city) and take the ferry across the channel to Kurihama where I could do some geology sightseeing on the beach before returning to Tokyo in the evening. It would have been a great plan, if it had worked…

The first part of the plan was easy. Take the Sobu Line JR train around the north end of Tokyo Bay, through the city of Chiba and to Kanaya train station. It worked beautifully! We even managed to get on an express train for the Tokyo to Chiba leg. Then at Chiba, the conductor came on the loudspeaker and announced, “This train stops here in Chiba. Please make sure that you take all of your luggage as you exit the train.”

Umm… What? My instructions (printed from the ever-reliable internet) hadn’t said anything about trains that end in Chiba! So we disembarked and found a train station attendant to interview. She knew exactly where Nokogiriyama was (Yay!) but informed us we had three minutes to descend back to the platforms and catch the train we had been on! Apparently the train changes names and staff and continues on through Kanaya, eventually ending its trip at the Pacific Ocean on the other side of Chiba. So we thanked her and scurried off.

Arriving at Kanaya station after lunch, the mountain was NOT difficult to find. With tall, dark, flat cliffs and perfectly square cut edges it loomed over the town. (Yep, I can see why it is named Sawtooth.) I wondered if the townspeople ever lost awareness of living in the shadow of those giant cliffs. We would have to get all the way up to the top if we wanted to see Nihonji temple.

From the Kanaya side, there are three ways to the top of the mountain and temple complex. Two are footpaths that zigzag up between the cliffs, the third is a ropeway or tram car that looks like a miniature of those found at big ski resorts. Not in a footpath mood (and intrigued by the idea of going flying through the air in the little tram car) we walked across the tiny town to the tram station and bought tickets. The tram was a little crowded, with handles from the ceiling like a miniaturized subway car. As soon as the door closed we gently lifted off the ground and sailed up the ramp towards the top of the mountain. Our guide rattled off facts, figures and names of features we could see from the window but was drowned out by the gasps as the ground below fell off into deep gorges. We appeared to be flying either straight towards the ground or the flat, unforgiving cliffs ahead! The glass floor of the tram car did not help.

In spite of my fear of immediate death, the tram car angled up and skimmed us close to cliffs and up to the top. We landed with a gentle thud at the landing port at the top of the mountain and the rest of the passengers disembarked with a speed that speaks to a deep desire to have feet planted on something you can’t see through.

Nihonji, a Buddhist Temple, is where the story of the mountain begins. In 725 CE (or AD, if you prefer that notation), Emperor Shomu commissioned the formation of a Buddhist temple in every region of Japan to spread Buddhism, consolidate power and generally show off his might. Nihonji was built and gifted 18 tons of gold to decorate the temple, an imperial tablet (a sign announcing his sponsorship) and an embroidered scroll made by the Empress. There is no more mention of Nihonji for 900 years. It re-enters the historic record in 1603 when Tokugawa Ieyasu proclaimed the swamp and farmlands of Edo (now Tokyo) as his new capital.

All the common buildings of the new city needed foundations, cooking hearths, ovens, pavers and curbs. Nokogiriyama and the surrounding mountains were perfect: good stone and a short boat ride to the new city. Quarries were opened and soon hundreds of tons of rock were being shipped across the bay each year. Edo Castle was built from stone quarried elsewhere – another story...

Nihonji Temple flourished as well, and in 1779 a monk named Jingoro Eirei Ono and his 27 disciples arrived. They spent the next 20 years carving a stone statue of one of the largest Buddha (Daibutsu) in Japan at 31.5 m tall, (the famous one in Kamakura is 13.3 m tall) plus 1500 Buddhist saints known as rakan (or arhats) who had managed to reach Enlightenment. The rakan were placed on ledges and in caves all over the steep cliffs of Nokogiriyama, each with a halo, lotus flower stool and name plaque proclaiming his name. The quarrying continued, and the mountain grew steeper and the cliffs ever bigger. 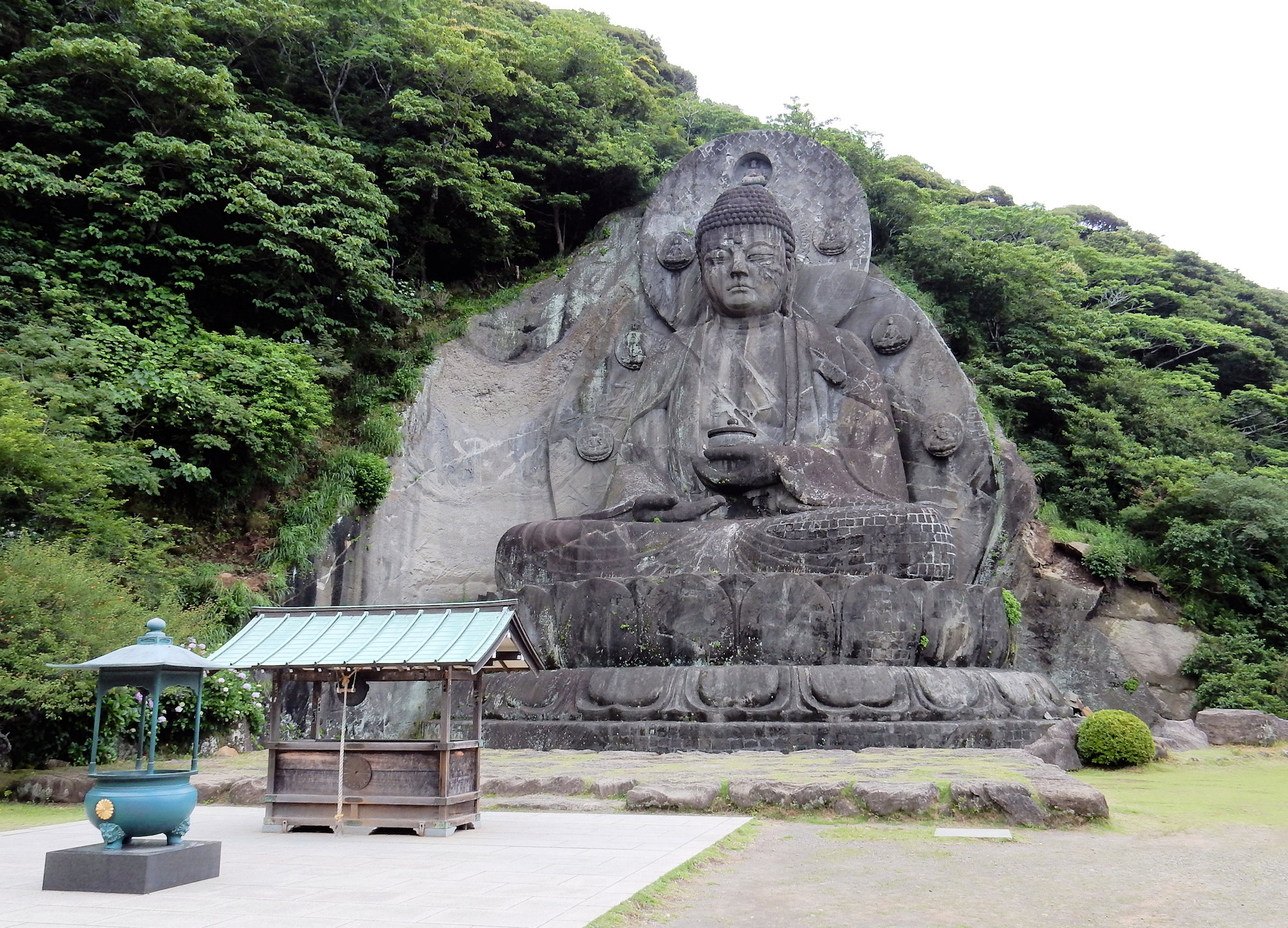 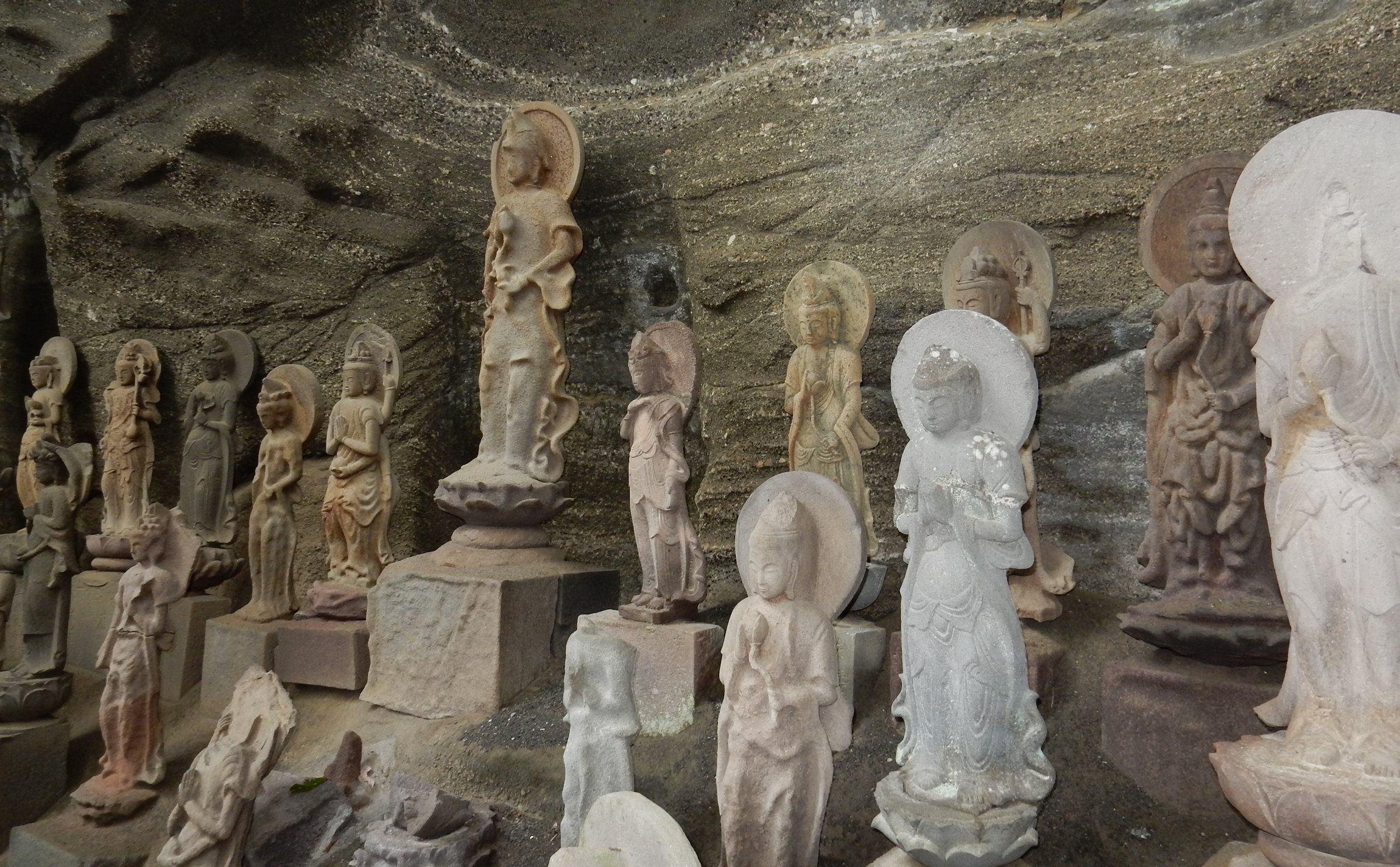 Then, in 1868, Civil War and massive social upheaval occurred as Japan tried to figure out the best way to deal with a world it had ignored for almost 250 years. Anti-Buddhist sentiment led to the destruction of many rakan. They were smashed and thrown off the cliffs, or beheaded where they sat. Even now, little empty cubbies where a rakan once sat can be seen high on the mountain face and even with repair work, hundreds of little dismembered statues sit in pathetic heaps slowly crumbling into the moss. Their more fortunate intact or repairable relatives sit in nooks and crannies by the dozens, each with a different face, pose and demeanor.

And still quarrying continued, but at an ever slower pace as alternative rock (like granite) was more and more commonly used in building. (With power tools, granite can be cut easily and is much more durable.) Although quarrying continued in the region until the early 1980’s, the area and temple were mostly abandoned and ignored, unless you were one of the monks who lived there. From 1966 to 1969, a group began to repair the Daibutsu and rescue the surviving rakan. In 1966, Hyaku-Shaku Kannon was added to commemorate the dead of World War II. The Hyaku-Shaku Kannon is a stone relief depiction of the Goddess of Mercy. It is 99.4 feet tall and sits within a deep alcove and is prayed to for travel and traffic safety.

We wandered the mountain for most of the rest of the day until the temple closed at 5 pm. From the steep trails and stairs, we spotted rakan in bushes and peeping from behind rocks. Moss and little plants grew from cliff sides and ancient staircases petered out into empty air. The Daibutsu sat enthroned towards the bottom of the mountain, in repaired splendor and sharing its meadow with Jizo (the god of travelers and children). Jizo* caused a certain amount of consternation, his statue was surrounded by thousands of tiny effigies standing like little ranks of soldiers and heaped into great piles around his feet. Each was marked with a name and a prayer slowly fading through the years and disappearing into the forest. 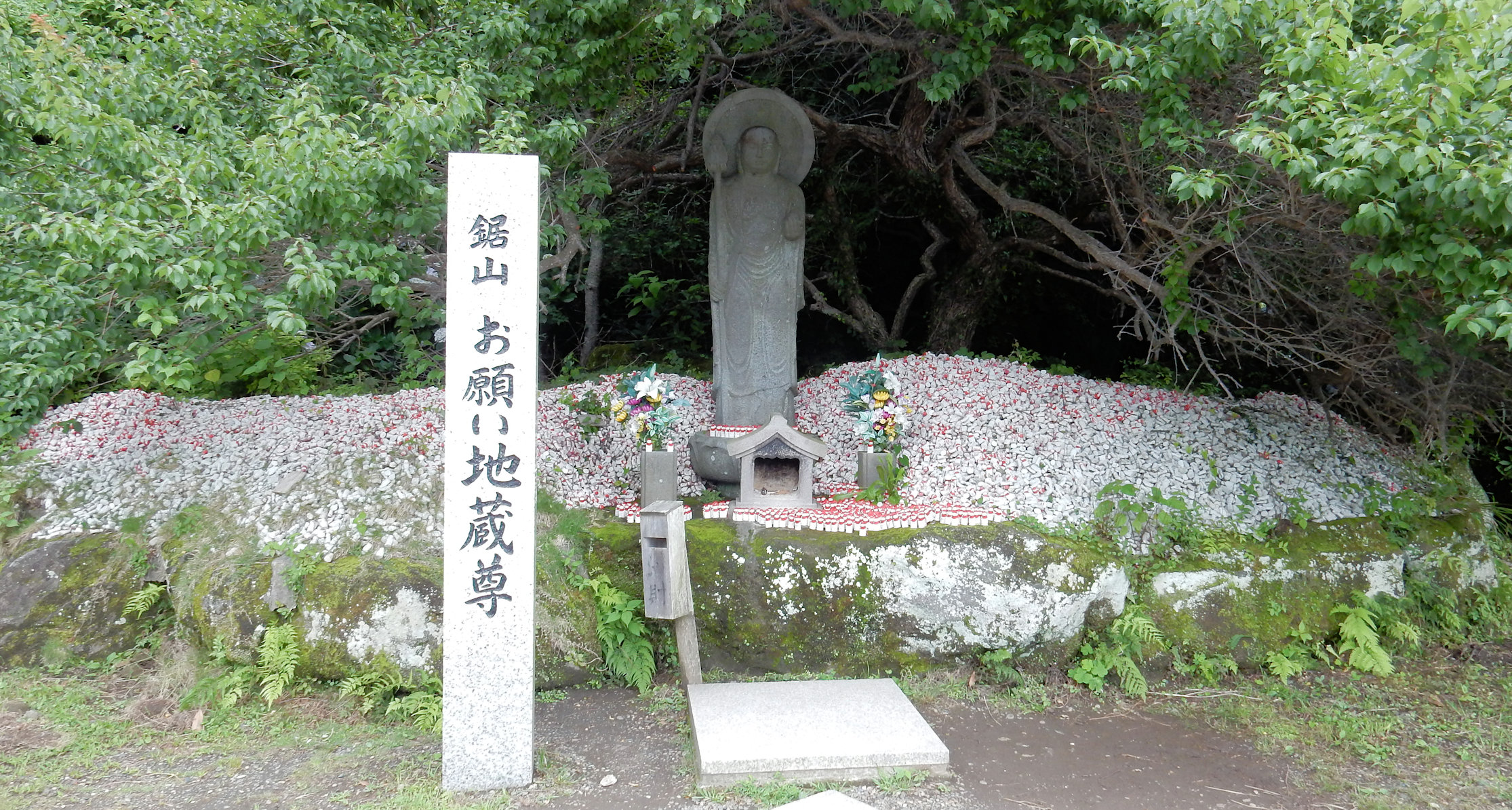 It was getting late though, and we needed to leave the temple before it closed for the night (and I was visualizing the statues coming to life in the dark). We walked farther down the south side of the mountain on winding trails that slowly flattened out until we were in coastal farmland. We walked through farmland, admiring eggplants and sunflowers until we arrived at Hota train station. Hota station could take us back north (and our original side of the mountain) because Kanaya has a ferry boat that runs from Kanaya to Kurihama on the Tokyo side of the bay. We arrived 30 minutes before the ferry and sat down on the dock to watch the ferry approach the dock and carefully turn around so that the waiting cars could drive aboard. It was much like watching a very large truck parallel park, and we were both highly impressed as the ship carefully steered into place between the piers.

We boarded, and had a happy 40 minutes to sit, relax and take pictures as we floated across the bay. It was getting dark by the time we landed though, and rather than continuing onward to geology sightseeing (can’t take pictures of the beach in the dark….) we decided to head towards home. From the Port to Kurihama train station is about 30 minutes’ walk and we were tired from all the stairs at Nokogiriyama. We took a taxi! A whole line of them were waiting for passengers as the ferry boat came in. The taxi driver happily dropped us off right in front of the train building and we went in, through the gate, over more stairs (the only way to reach the correct platform) and began the long train journey that would take us through Yokosuka, Yokohama and finally Tokyo (and our hotel). We settled into the empty train car with a sigh for our tired feet and stared out into the dark.

And Dad said, “You know? We’ve walked, taken the subway, three trains, a tram, the ferry boat and a taxi today. Can you think of any transportation types we’ve missed?” 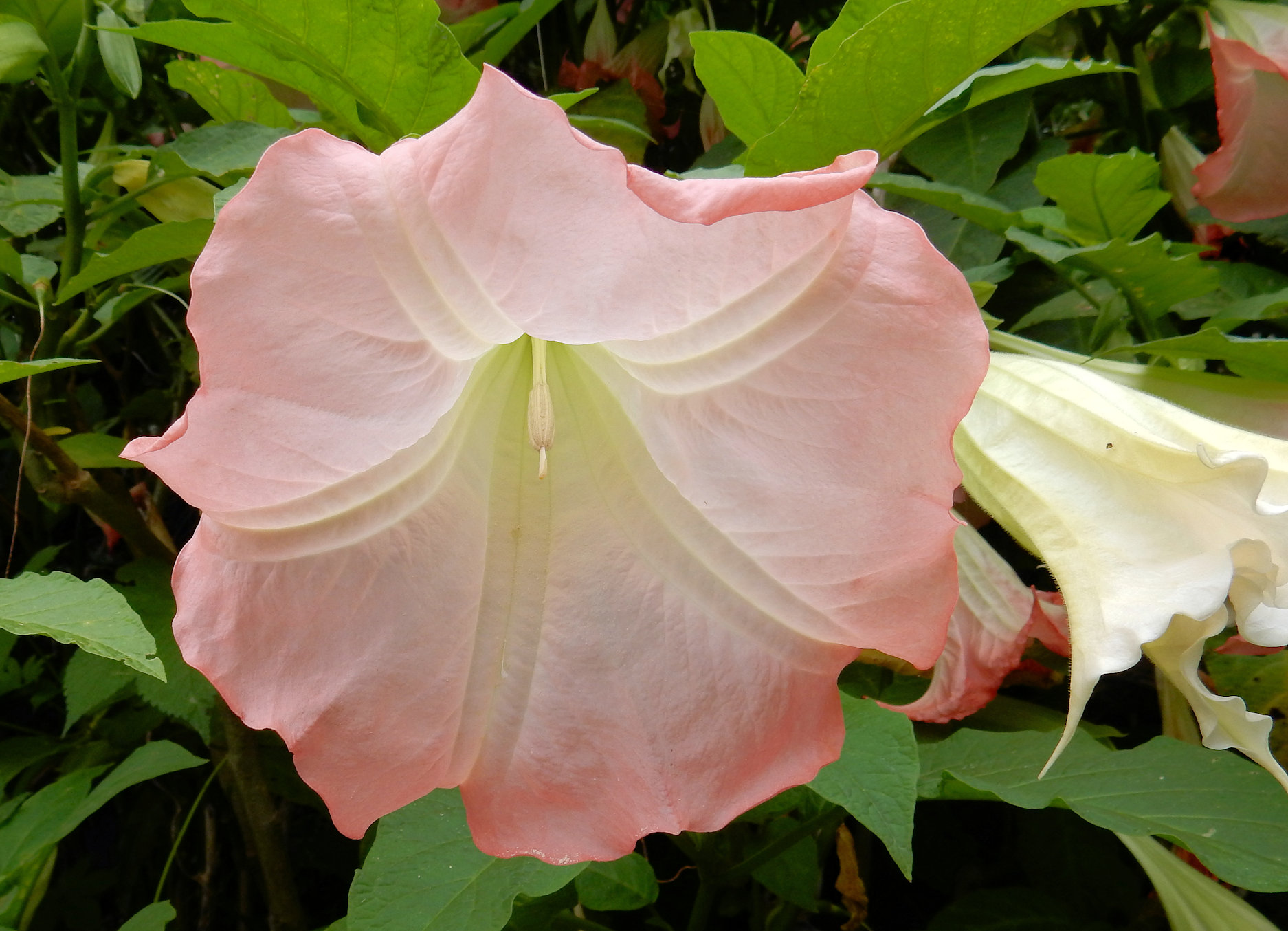 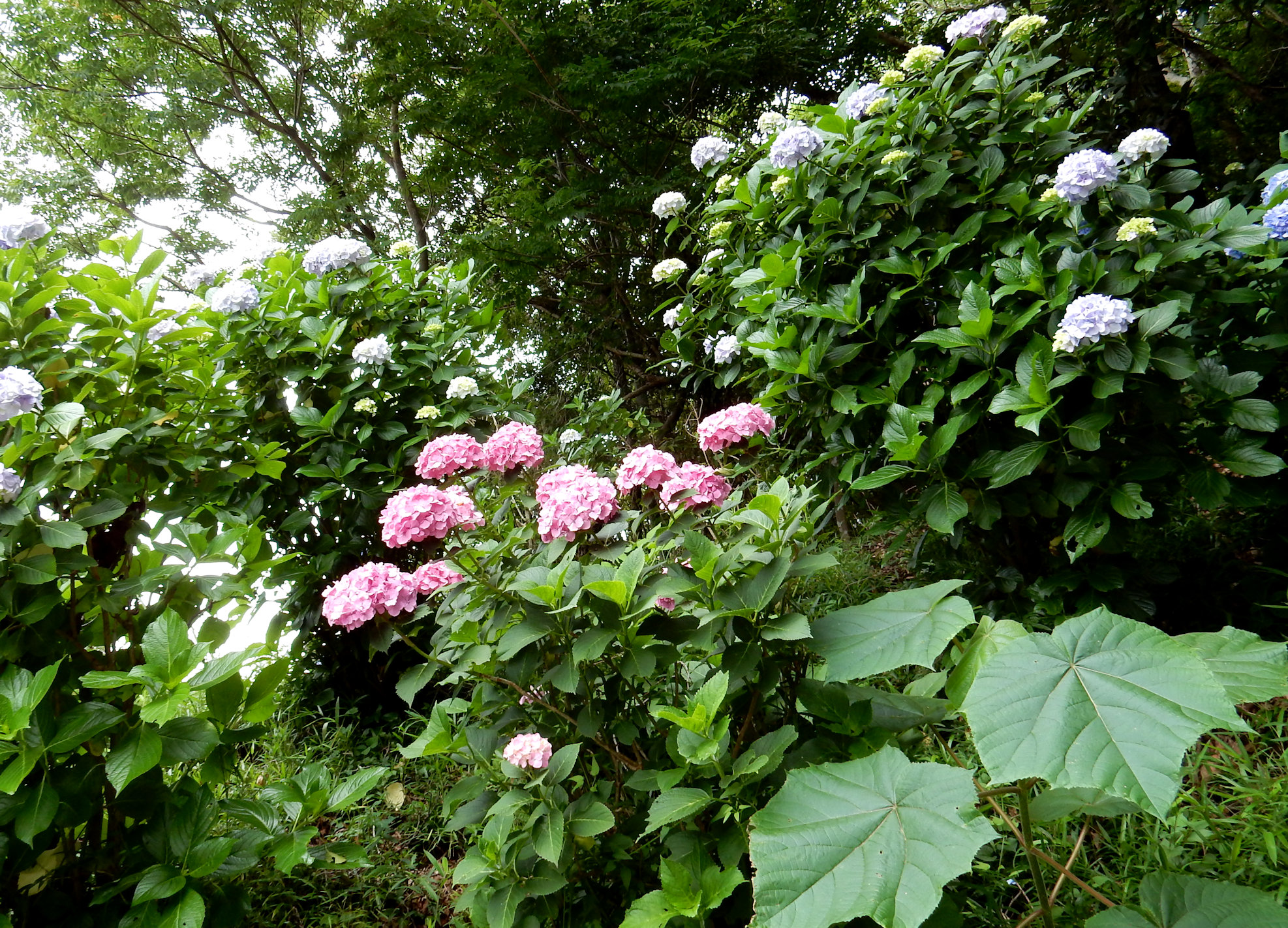 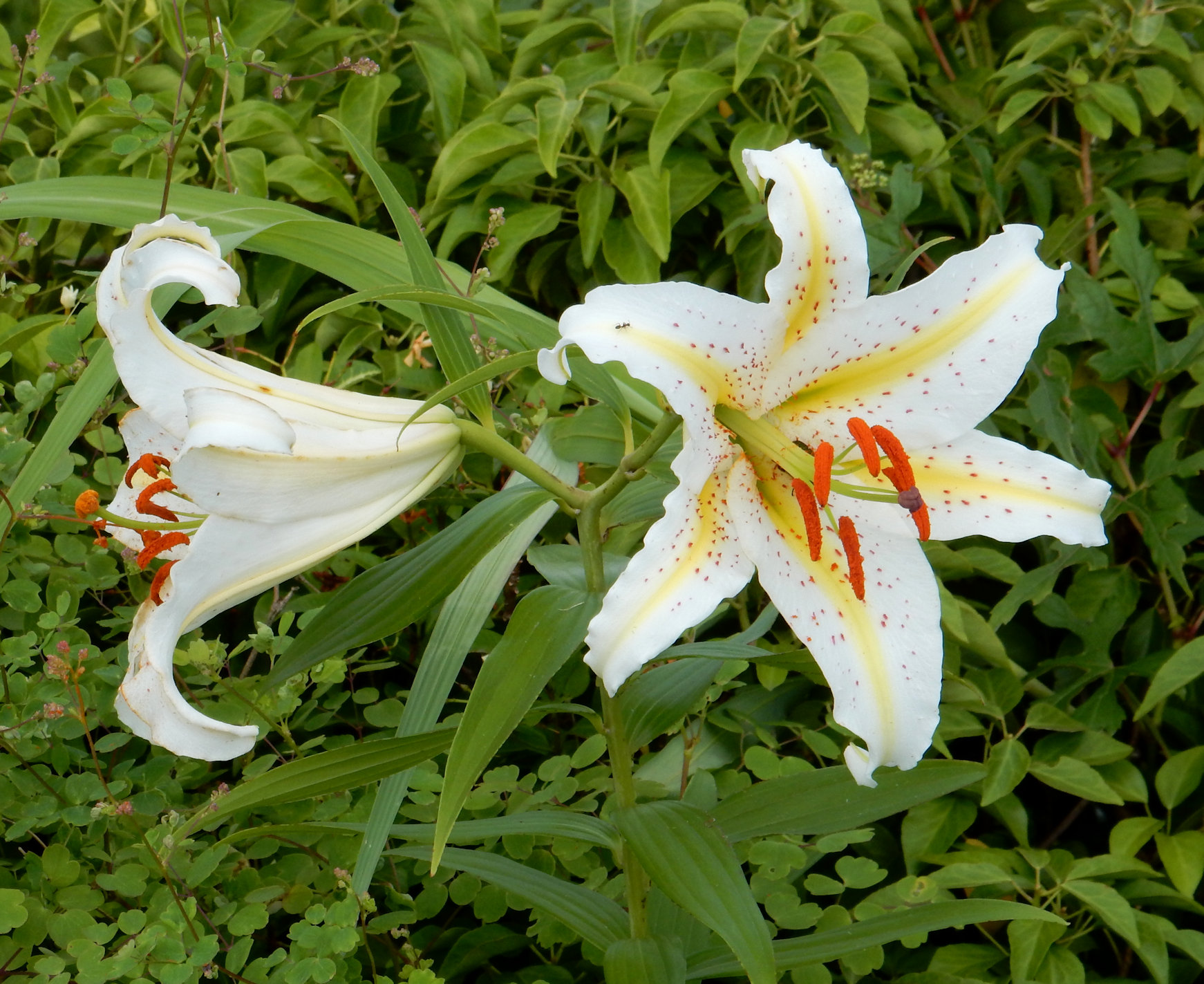 Here are a few more pictures of Nokogiriyama!

*Jizo is the guardian god of dead children and travelers. What made these disturbing is that they were lying in a heap of thousands of jumbled little bodies.